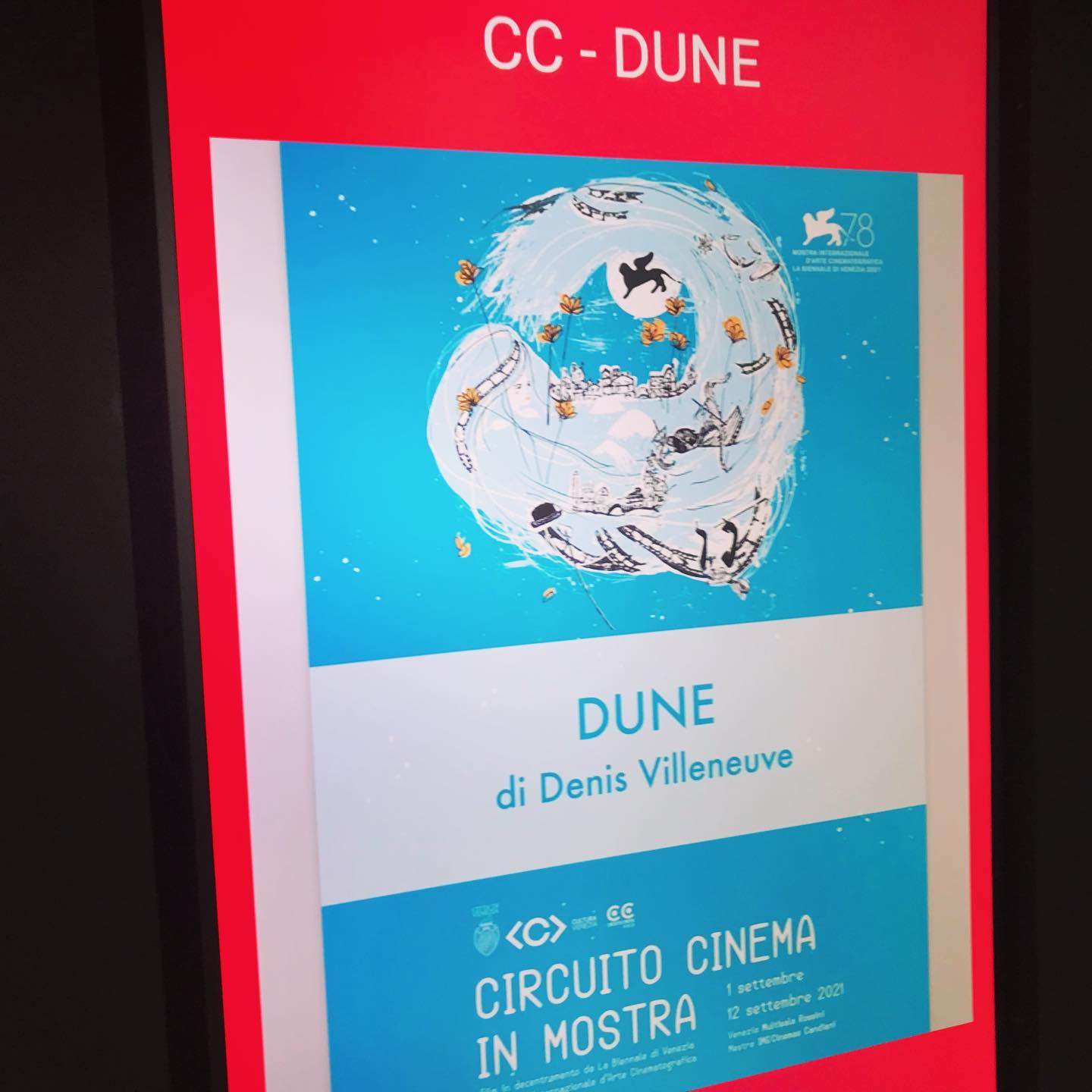 I lived to view & review another take on DUNE in the Venice Film Festival 2021 sitting with a FFP2 mask in an half empty cinema hall due to Covid-19 restrictions. What a treat! The long awaited take of French director Villeneuve on Frank Herbert´s sci-fi cult classic also premiered in the Mostra di Cinema in Venice, next to other heavyweights like Jane Champion´s or Paul Schrader´s new ones. The French director delivers delightful, dense 155min of subtlety, big vibrant bang, mystic emotion, coming of age and brutalist design with a lot of negative space and tuned down colours – a feverish epic tale of a multilayered galactic feud.

37 years after David Lynch‘s attempt, Denis Villeneuve has the crew, the money and the cast – after the successful take on Ridley Scott`s Blade Runner also the acclaim…to deliver something finally closer to the book´s outstanding material. On the big screen all the waiting has paid off, as he is not falling into the traps of Lynch in confusing mysticism with weirdness or megalomania with a finished movie – Jodorowski`s failed DUNE in the mid 70s paced the way for so much inspiration, but he never delivered on the promise.

What unfolds for fans who know the book series and have longed for a big cinematic adaptation may not be as complex or psychological as Herbert`s story, but Villeneuve seems to try to catch the atmosphere and essence of the core myth which made the books great: the scent of the melange of spice, politics, loyalty, romance and religion. And he gets that mix very right, and the tragedy in it, too.

Parts of the scenes on Caladan look so outright Caspar David Friedrich, that I would dare to presume that even casting the young Timothée Chalamet as Paul Atreides is fitting in a design idea of German Romanticism and facing nature in a Victorian age – it doesn‘t matter if its about the wild sea or the wild desert. Javier Bardem IS Stilgar, Stellan Starsgard, even though heavily referencing Marlon Brando in Apocalypse Now, a very convincing evil Baron, and Jason Momoa IS Duncan, I all buy them immediately, without a blink, even though they might seem different to how the book describes them. Lady Jessica seems more fragile in comparison, but grows in the 3hours where her presence becomes more powerful, but always from the shadows of a concubine with big ambitions. Also casting a female actor for the Imperial planetologist Liet-Kynes I deem a wise choise – there are not enough women in that overly male and Martial cast. Who can be better as Reverend Mother Gaius Helen Mohaim as Charlotte Rampling, even though through acting through a black veil? 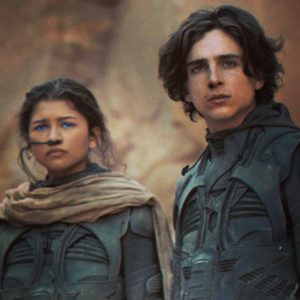 Where David Lynch resembled LSD for the story, Villeneuve is more Hashish, or telling a galatic tale in an Opium den – much more appropriate for the material, and closer to Marx‘ notion, religion may be opium for the people from 1843/44, falling into the same Romantic period.

The film is not making experiments, some may criticize this, but this seems to be a strength, altering only a few scenes, some even for the better, and can be called a rock solid tale of big scale imperialism facing the birth of a charismatic leader – including some fear and second thoughts I don’t remember Herbert was letting Paul mull about much in the books. Many things feels anachronistic, the mono-coloured 3D projections, the analogue feel of the Thopters, the tombs on Caladan, the Compass…but the design is the right choice to narrate the mechanics of this bleak Empire. 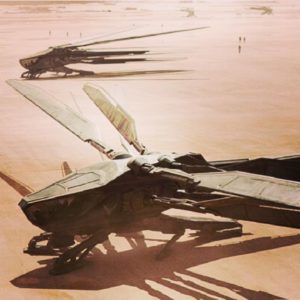 The fascination with the desert people in 2021 had the most emotional impact on me, realizing how far we strayed since the 50s/60s in being intrigued by tales from the desert. After a war against terrorism, IS, Afghanistan, the war in Somalia, Libya, the hope of the Arabic Spring, and of course Iraq and Syriah it feels very necessary to paint also a positive cultural picture. The desert was for centuries a place for longing and mystery for the West, also of colonial adventures and messing with borders drawn in the sand. Sykes/Picot, Lawrence of Arabia, the Mahdi uprising, all this was of course known to Herbert. Sufism and the power of religion certainly kindling his imagination – it translates to a vertiable sadness that both we, Western proud colonizers and the „exotic“ people from the desert have lost our allure, our dignity and our purpose – what stays, maybe like in the movie, is extortion and corruption,…a simple, brutal play for power. Foreboding.

Fencing and bull fights as family sports, visions and religious propaganda Intertwined in a tale about the control of fate and the fanatism or power of the masses, coalesced into a designed „leader“. By the way, the depictions of the shields feels right and gorgeous, only, if special darts still penetrate it, what´s the use? But no guns, but missles and frightening laser stone cutters. But – this film is not shying away from emotions as some wrote – it headfirst dives into the confusions of an awakening seer and a boy becoming a man, or you can say, a „monster“.

I am happy that Villeneuve lets the story breathe, but also that he throws in heavy action onto us, maybe even more that is warrented, as the trap shuts down on Arrakis. All in all, I was definitely taken by this new attempt, and moved by its daring attempt to expose the mystic side early on, delving there to make us form a bond with this thin boy with tousled black hair. After almost 3h I want more. 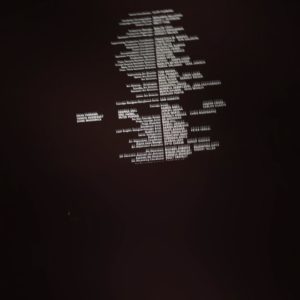 This is more than on par with all the major space opera franchises – and this was only PART 1..n