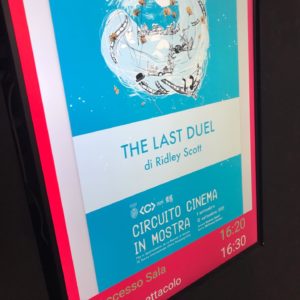 THE LAST DUEL (2021) by Ridley Scott is a rare item. Screened in an Award ceremony for Scott during the Venice Film Festival in 2021 it inspired respect, awe and wonder in me – about how such a film could come together, now. An Englishman living in France and Hollywood caters French history with a classic Hollywood production in his back and luring in an American first-rate cast you do not expect him to deliver a multilayered European art-house movie cloaked in a costume drama. Yes, if an American production tries to tackle the Middle Ages in Europe one might be sceptical from the start. All in all, the history of the USA starts during the Renaissance in Europe, when most of the dark ages and its consequences (black death, no printed books, crusades etc.) were already over. One may make the argument that Ridley Scott knows that and it might give him an extra boost to get it right – ironically for the steadfast proud Europeans, he does. 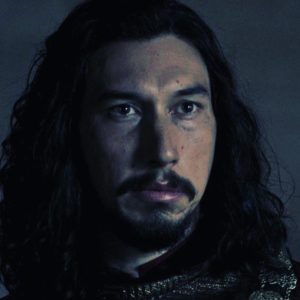 The Last Duel turns out to be one of a kind – a rare, honest and in depth depiction of parts of society in the Middle Ages, but with big budget and great actors. It feels suprisingly also like a European arthouse angle on medieval history, as alone the structure is unusal for a Hollywood costume flick and the search for truth in a case of an abused woman ever so more. The only one which comes to mind which had some of the same kind of depth was Anthony Harvey´s „The Lion in Winter) with Peter O‘Toole (King Henry II.) and Katherine Hepburn from 1968.

Scott outdoes himself here, as the concept of „Minne“ or courtly love is deconstructed in deeply flawed and valiant human beings, who fight for what is rightfully or not rightfully theirs. The tale around the true events leading to the last trial combat in France in 1386, meticulously described by the French court case, by annotations of lawyers and of course the legend it gave birth to, is a archeological stroke of a genius. It took an American with interest in European history, a professor in the department of English at University of California, Los Angeles, Eric Jager, to write a novel in which the fight and background stories between two former friends unfold (The Last Duel: A True Story of Trial by Combat in Medieval France, 2004, London: Random House). 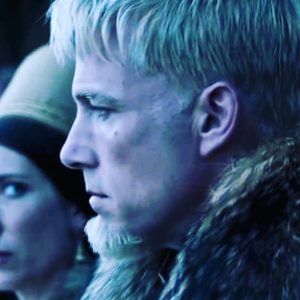 Don’t get me wrong this is a delight in atmosphere and costumes, the sweat, dirt and gore palpable, as the contrast of the life of the rich gentry, but there is more. Its one of the best renderings of medieval times (a small part of it) I have ever seen. Matt Damon excels as a grisly knight, scarred by loosing his inheritance to corruption and still trying to hold up as a husband and soldier, when many others might already have given up. Ben Affleck has the role of his life showing all the grey zones and layers as a disdainful and loathesome but also understandable Count Pierre who just wants to live the life of a privileged „star“, or then „part of the gentry“, doing what he wants, being unsympathetic and considerate at the same time.

The quarrel or „beaf“ between Jean de Carrouges and Jacques Le Gris is as much violence as intrigue, a parable about power, inheritance, patriarchy and the law bent for the rich. But most importantly, it is the story about a woman seeking her right and recognition within a society of backstabbing, cruel men, who may hold up ideals as masks to enchant and wield power, but will not shy away from any violation of laws or decency to get what they want.

Put the tale in the ambience of a multinational corporation, a CEO and some managers, you would have the same problems – only a different outcome. We favour now the „strong men“ who stand above the law, it became our culture to vote for them (not all of us do). Ridley Scott´s fascination with that historical event may come actually from there… 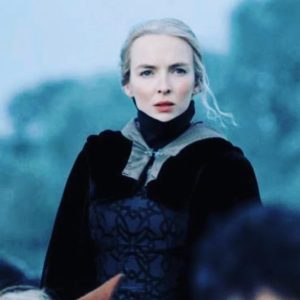 The (still) unlikely protagonist is a woman who‘s voice and opinion does normally not count – but here the story and Scott makes it count. Family, trust, betrayal, and risking one‘s life to force truth to emerge yields a spectrum of grey zones which comes a bit unexpected in a 3h epos which heavy horses, bloody infights, dirt and scars allover the people. Only one story is being told in a clear way – a woman‘s abuse is exactly that, no doubt, and this clarity is what is stunning in time of #metoo and accusations which get discussed, but often not followed through.

In a way, the Last Duel shows much more clarity, as also Ridley Scott makes a stance – and throws trust in marriage as a cornerstone. Standing in for her dignity was definitely a high gamble, even for contemporaries of Marguerite de Thibouville, high or low-born, but it is the right thing to do. If a brute like Jean de Carrouges in 1386 can muster this trust – why are we not a bit further (evolved), in our „dark (post)modern age“?

Highly recommended – the Americans show us Europeans where the historic hammer hangs.