Review of Nordic Larp “The Other Life Project” by Peter Munthe-Kaas and Nina Rune Essendrop in the Hidden Institute in Berlin.

Are you afraid to become a new, better self? Do you need an alibi to to try that out? Some may think that Life-Action-Roleplaying (LARP) can be dangerous for self-understanding. It very well may. LARPing can be about escaping into another time, another world, another role in society in another era. Not this time. This time it is about yourself. Your own role. Step into “The Other Life Project“, make a conscious bifurcation in your path and try out something different. It may feel to step into a setting of Jacques Rivette´s infamous 12h movie “OUT 1 – Noli me tangere” from 1971, where a two groups of actors were rehearsing a play in experimental ways in the beginning, to find a form – and this new form is YOU.

If you get invited to leave something important of your life behind, which hinders you, what would it be? If you get invited to choose a better self, a different self, what would it be? If you get offered a fruit to enter the magic circle, and a sign rubbed on your forehead which you can´t see, would you accept? Would you dare to play, to be that different self for three hours?Maybe it spawns just a small shift (as seen from the outside – your fellow players who know you well) or they do not know you depending on the group a stranger who plays himself in a different way. Maybe its a big shift where you dare to act and react like never before?

How would you invite yourself to make that step into a different personality? If you are getting guaranteed a safe-zone, and friendly people doing the same all around you, would you take a hand and step into that space? A project from Denmark allows you to do that. Peter Munthe-Kaas and Nina Rune Essendrop in conjunction with the Hidden Institute in Berlin explored playing with identities with 10 players a re-run of their experimental LARP experience “The Other Life” this weekend. As the organisers are part of the dynamics, too, they have experience in researching these effects in various forms already numerous times:

“The Other Life is an opportunity to experience the world around you and relate to other people unbiased by what you consider to be true, real or important. The Other Life allows you to explore yourself, your perceptions of the world and the ways you interact with others in a space with strangers, that are searching, exploring and challenging themselves just the way you are.”

For a session until midnight accompanied by an alluring soundtrack there were only 2 rules to follow:

“You don’t have to be yourself and neither does anybody else. We invite you to leave your prejudices behind and enter the event with an open mind and with faith in the people around you.
– Be honest. Also to yourself. Ask what you want of people, but accept that the answer might be a no.
– Allow things to be important. Be they physical objects, other people or situations.”

Choices are made already if you make it happen to show up and give yourself the freedom to get exposed to what may come. In this case the friendly social setting of the Hidden Institute was welcoming the present adventurers with vegetarian curry, bread and and a low-threshold start getting to know people through dinner talk. Writing the invitation letter to yourself and finding something which you want to leave behind took a bit longer but eventually everyone was lining up to step through the curtain. Atmospheric music, complemented by random fireworks on the street outside, in beginning of April. Occurring cues in the surrounding environment used as clues to write your own story may be an attitude for many Larpers anyways, but here it got streamlined and focused on your own innermost circle – yourself. Giving meaning to small things, following your new curiosity and shifted sensitivity created a lot of alibi to change WHO you are, while exploring “The Other Life”.

Inner time was changing as was our perception and experienced effects which turned out to be quite diverse for everybody, as one might expect. Honesty, movement, fabrics, lights, food, sound, text, drawings, the whole spectrum of tools which might come in handy in any creativity or self-development workshop – but this was no corporate team-building session or a guided personal development journey of exploration you can book at your local meditation center. It was more than that because you had the responsibility to make the choice to fill the time you took for yourself. The organisers could only provide the playground and some toys, the co-players could only be there, to interrupt or add to your path – but not create it.

The scary part may be to endure  the uncomfortable feeling not to win or loose anyways, but to face yourself – as you honestly face your fellow beings without competition. Even though some chose to play blind for 2 hours and explore the floor only by touch or others wearing fabric as eye-patches to make points of light visible as protruding rays, others retracted from interaction or enjoyed the state of “I don´t know”. These times veritably feel that we are re-enacting some parts of the 60ies/70ies (see e.g. the Esalen-Institute) because there is the need and urge to do so in an society under pressure.

Most experiences were too personal and intermingled with the space and development of others to be able to translate it to a reader with words. Inherent of LARPs might the inadequacy of words to describe them, and the longing to experience more of this, because you are not able to order, neatly take home and rationalise everything which is going on. A jump into a different life is sometimes even inexplicable to the ones who jump. 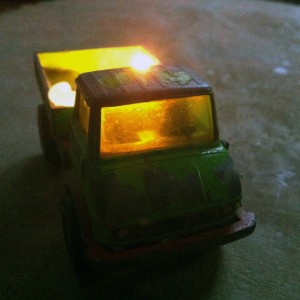